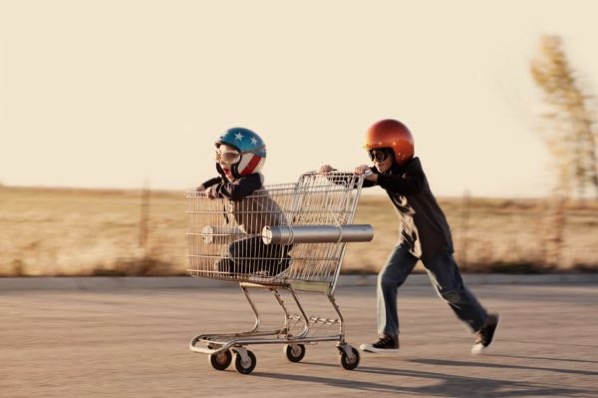 It's been just over six years since I first announced Catch to the world as a brand new C++ test framework!

In that time it has matured to the point that it can take on the heavyweights - while still staying true to its original goals of being lightweight, easy to get started with and low-friction to work with.

In the last couple of years or so it has also increased dramatically in popularity! That sounds like a good thing - and it is - but with that comes a greater diversity of environments and usage, and more people raising issues and submitting pull requests.

Again, it's great to have so much input from the community - especially in the form of pull requests - where other developers have gone to some effort to implement a change, or a fix, and present it back for inclusion in the main project. So it's been heart-breaking for me that, between this increase in volume and finding my meagre free-time stretched even further, so many issues and PRs have been left unacknowledged - many not even seen by me in the first place.

But two things have happened, recently, that completely change this state of affairs. We're moving firmly in the right direction again.

Firstly, as mentioned in On Joining JetBrains, I've recently changed jobs to one that should give me much more time and opportunity to work on Catch - as well as the opportunity to do so in my home office - with stable internet (as opposed to on the train while commuting to and from work). The first few months were a bit of a wash for the reasons discussed in that post, but, as I also suggested there, this year has seen that change and I've been able to put in quite a lot of work on Catch already.

But that's not really enough. There's a huge back-log - and I'm still only doing this part time - and I want to spend time working on Catch2 as well (more on that soon). I don't want to end up back in the situation where everything is backing up and there's no hope of recovery.

I've been hoping to find someone else to be a key maintainer of Catch for a couple of years now. I've not been very active in this search - for all the same reasons - but it's been on my mind.

But, just last month, after I appeared on CppCast talking about JetBrains and Catch, there was a thread on Reddit about it - with many expressing concern over the Catch situation. I brought the subject up on there again and got the attention of one of the commenters.

I didn't know it at the time, but Martin Hořeňovský has been responsible for a good number of those PRs and issues that had been left unaddressed - as well as an active community member in helping address other people's issues. So it's with great pleasure (and relief!) that I can announce that Martin now has full commit rights to Catch on GitHub and has been prolific in working through the currently outstanding tickets.

Martin seems to really "get" Catch, and the design goals around it - so working with him on this the last couple of weeks has been very rewarding. From some queries I just ran on GitHub it looks like 39 issues have been closed and 38 PRs merged or closed in that time! That's compared to 9 new issues and 7 PRs - about half of which were created by Martin and I in the process. And that's not to mention all the labels we've been using to categorise the other tickets - with many marked as "Resolved - pending review" - which usually means we think it's resolved but we're just waiting for feedback (or a chance for more testing).

With 219 open issues and 41 PRs still outstanding, at time of writing, there's a lot more work to do yet - but I hope this reassures you that we're going in the right direction - and fast!

And we're not stopping with Martin. We have at least one other volunteer that I'll be bringing up to speed soon.

I've referred to Catch2 a number of times now, and talked a little about what it will be. The biggest reason for making it a major release, according to Semantic Versioning, is that it will drop support for pre-C++11. For that reason Catch Classic (1.x) will continue to receive at least bug fix updates - but no more new features once Catch2 is fully released. A few major features in the pipeline have been explicitly deferred to Catch2: concurrency support and generators/ property-based testing in particular.

Moving to C++11 provides a very large scope for cleaning up the code-base - which has a significant volume of code dedicated to platform-specific workarounds for compiler shortcomings, missing library features such as smart pointers, and boilerplate that will no longer be necessary with things like range-based-for, auto and others. Lambdas will be useful too, but are not quite so important.

Because taking advantage of C++11 has the potential to touch almost every line of code, I'm taking the opportunity to rewrite the core of Catch - primarily the assertion macros and the infrastructure to support that. This is code that is #included in every test file, and expanded (in the case of macros) in every test case or even every assertion. Keeping this code lightweight is essential to avoiding a compile time hit. There's a number of ways this foot-print can be reduced and the rewrite will strive for this as much as possible.

The rest of the code, concerned with maintaining the registry of tests, parsing and interpreting the command line, running tests and reporting results, will be updated more incrementally.

I already have a (not-yet-public) proof-of-concept version of the re-written code. It's not yet complete but, so far, has only one standard library dependency and minimal templates. The compile-time overhead is imperceptible.

In addition to compile-time, runtime performance is also a goal of Catch2. It's not an overriding goal - I won't be obfuscating the code in the name of wringing out the last few milliseconds of performance - but this is a definite change from Catch Classic where runtime performance was a non-goal. This is in recognition of the fact that Catch is used for more than just isolated unit tests - and will also become more important with property based testing.

I don't have a timeline, yet, for when I expect Catch2 to be ready - and in the immediate term getting Catch Classic back under control is the priority. Despite the partial re-write, and the major version increment, I expect tests written against Catch Classic to mostly "just work" with Catch2 - or require very minimal changes in a some rare cases.

As already mentioned many developers have also spent time and effort contributing issues, fixes and even feature PRs over the years. So Catch has really been a community project for years now and I'm very grateful for all the help and support. I think Catch has shown that having a low-friction approach to testing C++ code is very important to a lot of people and I'm hoping we'll continue to build on that. Thank you all.