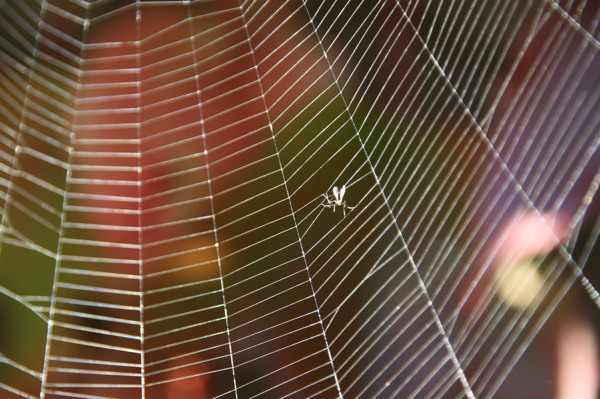 In my previous post I introduced Catch - my unit testing framework for C++ and Objective-C.

The response was overwhelming. Thanks to all who commented, offered support - and even contributed to the code with fixes and features.

It certainly gave me the motivation to continue active development and a lot has changed since that post. I'm going to cover some highlights, but first I want to focus on what has been one of the most distinguishing features of Catch that has attracted so much attention - and how I have not rested but made that even better!

How easy is easy enough?

Back in April I gave a five minute lightning talk on Catch at the ACCU conference in Oxford (I highly recommend the conference). With just five minutes to talk about what makes Catch special what was I going to cover? The natural operator-based comparison syntax? The use of Sections instead of class-based fixtures? Data generators?

Well I did touch on the first point. But I decided to use the short amount of time to drive home just how quickly and easily you can get up and running with Catch. So after a 30 second intro I went to the GitHub page for Catch (now aliased as catch-test.net), downloaded the zip of the source (over a 3G connection), unzipped and copied to a central location, fired up XCode, started a fresh C++ project, added the path to Catch's headers, #include'd "catch_with_main.hpp", wrote an anonymous test case, compiled and ran it, demonstrated how it caught a bug, fixed the bug and finally recompiled and re-ran to see the bug go away.

Phew! Not bad for five minutes, I thought. And from the feedback I got afterwards it really did drive the point home.

Compare that with my first experience of using Google Test. It took me over an hour to get it downloaded and building in XCode (the XCode projects don't seem to have been maintained recently - so perhaps that is a little unfair). There are other frameworks that I've tried where I have just run out of patience and never got them going.

Of course I'm biased. But I have had several people tell me that they tried Catch and found it to be the easiest C++ Unit Test framework they have used.

But still I wasn't completely satisfied with the initial experience and ease of incorporating Catch into your own projects.

In particular, if you maintain your own open source project and want to bundle it with a set of unit tests (and why wouldn't you?) then it starts to get fiddly. Do you list Catch as an external dependency that the user must install on their own? (no matter how easy they are to install external dependencies are one or my least favourite things). Do you include all the source to Catch directly in your project tree? That can get awkward to maintain and makes it look like your project is much bigger than it is. If you host your project on GitHub too (or some other Git based repository) you could include Catch as a submodule. That's still not ideal, has some of the problems of the first two options, and is not possible for everyone.

There can be only one

Since Catch, as a library, is fully header-only I decided provided a single header version that is ideal for direction inclusion in third-party projects.

How did I do this?

Did you guess that I wrote a simple Python script to partially preprocess the headers so that the #includes within the library are expanded out (just once, of course), leaving the rest untouched?

If you did you're not far off. Fortunately some of the conventions I have used within the source meant I could drastically simplify the script. It doesn't need to be a full C preprocessor. It only needs to understand #include and #ifndef/#endif for include guards. Even those are simplified. The whole script is just 42 lines of code. 42 always seems to be the answer.

I see no reason why this should not be the default way to use Catch - unless you are developing Catch itself. So I'm now providing this file as a separate download from within GitHub. Think of it as the "compiled" header. The lib file of the header-only world.

But Open Source is a quagmire of licensing issues, isn't it?

Well it certainly can be. Those familiar with GPL and similar open source licences may be very wary of embedding one open source library (Catch) within another (their own).

IANAL but my understanding is that, contrary to what might seem intuitive, source code with no license at all can be more dangerous, legally speaking, than if it does have one (and if you thought that sentence was difficult to parse you should try reading a software license).

So Catch is licensed. I've used the Boost license. For a number of reasons:

So what's the Catch? The catch is that I retain the right to keep using that joke - well beyond its humorous lifetime.

In short: any open source author who wants to use Catch to write unit tests for their own projects should feel very free to do so and to include the single-header (or full) version of the library in their own repository and along with their distribution.

That fully applies to commercial projects too, of course.

Here's a quick run down of some of the other changes and features that have gone in:

Are we there yet?

As well as my own projects I've been using Catch on a large scale project for a bank. I believe it is already more than just a viable alternative to other frameworks.

Of course it will continue to be refined. There are still bugs being found and fixed.

But there are also more features to be added! I need to finish the work on generators. I'd like to add the tagging system I've mentioned before. I need to look at Matchers. Whether Catch provides its own, or whether I just provide the hooks for a third-party library to be integrated, I think Matchers are an important aspect to unit testing.

I also have a stub project for an iPhone test runner - for testing code on an iOS device. Several people have expressed an interest in this so that is also on my list.

And, yes, I will fill out the documentation!