Why the iPad may never need multi-tasking 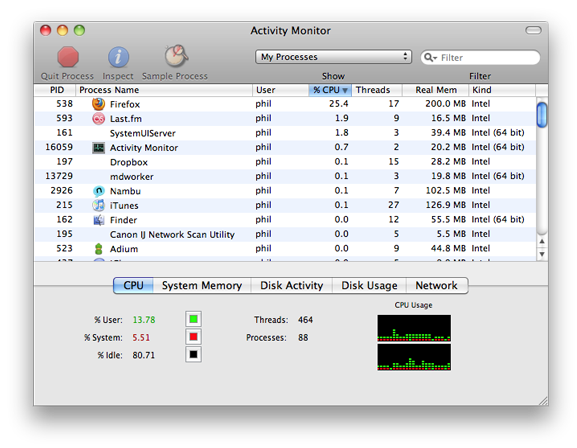 Like the iPhone and iPod touch the iPad does not allow multi-tasking of third-party apps. That is, if you are using one app and want to start another you must close the first app. I wouldn't rule out that changing in a future update, but I'm more inclined to think we won't see it even on the iPad - at least not in a general form. Why?

The way I see it multi-tasking is used for three purposes:

I'd say that (3) is probably the number one reason we usually have so many apps open at once. After all we can usually only interact with one at a time. As the time it takes to (save and) quit one app and start (and restore) a new one gets closer to zero our need to have the apps open just so we can switch to them diminishes or disappears. From what I have read and heard the iPad gets us pretty close to the threshold where this happens. By some reports it crosses that threshold. I'll reserve final judgement until I see it with my own hands (mixed metaphor intended).

Going back to reason (2) let me explain what I mean by being only partly addressed so far. Imagine a calendar-type app - such as Event Horizon. You set up events and appointments - which may be days, weeks or months later. Ideally the app would be able to alert you of upcoming events in much the same way that Apple's own calendar app can already do. One way to achieve that now would be to use the push notification service. This would work but has two problems. First it's a bit heavyweight. Your event data would need to be synced up to a cloud service which could then decide when to push a notification back to the device. Cloud services certainly have their place, but bringing them in solely to provide alerts seems out of proportion. Secondly it means you will not receive the notification if you don't happen to be connected at that time. You will get it when you do get online, but that may be too late! Furthermore you need to be connected for the alert to sync up to the cloud in the first place. These all seems unjustifiable limitations when it concerns data that you already hold locally on your device. Therefore I think it reasonable that some sort of Scheduled Notification API should be made available. This could work just like the Push Notification service, allowing badges, messages and alert tones to be "pushed" to the user, with the ability for the user to open the associated app straight away, or defer that until later. The difference would be that the notification would be posted by the app itself for delivery at a specific time in the future and would never leave the device. I don't see any technical challenges to providing such an API.

If a scheduled notification API is made available I think the only significant remaining need for background tasks would be for things like music players. If Apple do allow background tasks in the future I think it will be limited to these types of tasks, and very strictly policed in the app store approval process. I'll say again, I don't believe Apple will ever allow general purpose multi-tasking in App Store apps. - and I don't believe they need to with the concessions just described. Note that I am ruling out other scenarios such as video encoders or bit-torrent clients, which I don't think are appropriate apps for running on these devices in the first place. If you can think of anything genuinely useful for a significant number of people that wouldn't be covered by such provisions I'd be interested to know.